We took over every nook and cranny of the prestigious Bluecoat building in Liverpool and created an immersive show about climate change. Over the course of the three hour performance, actors would come and ago, wandering about until the final climax of the show – a hedonistic rave spectacular!

Working with the musical director Andy Frizell I composed a variety of recorded pieces for audiovisual installations, designed and built a set of vegetable instruments, and played guitar, melodica, and sung in the show.

Playing some homemade vegetable instruments, they were surprisingly loud, tuneful, and made great soup after the show. 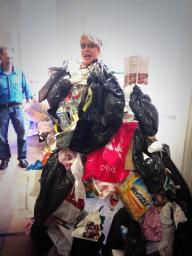 What a load of rubbish. 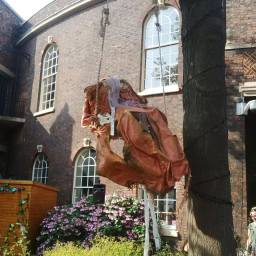 Playing melodica with the cast singing. 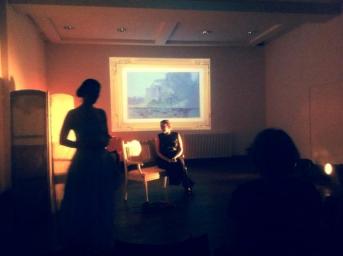 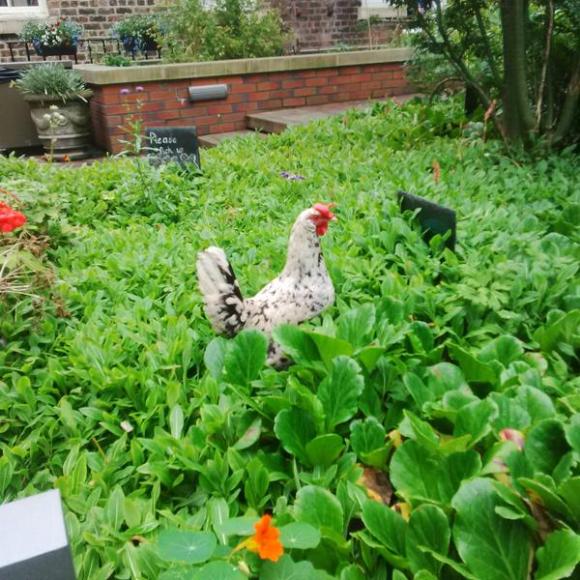 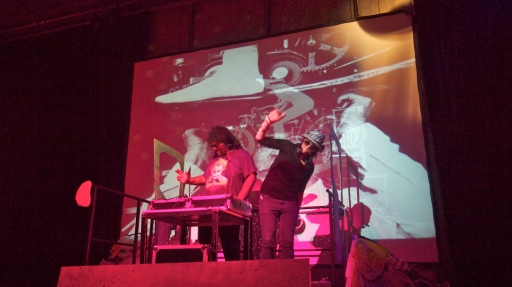 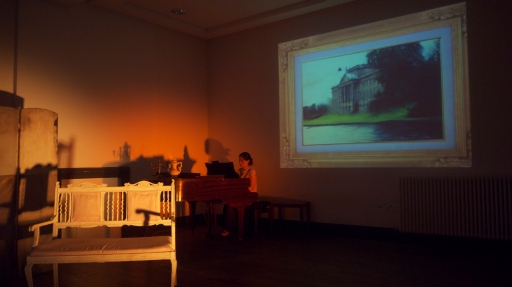